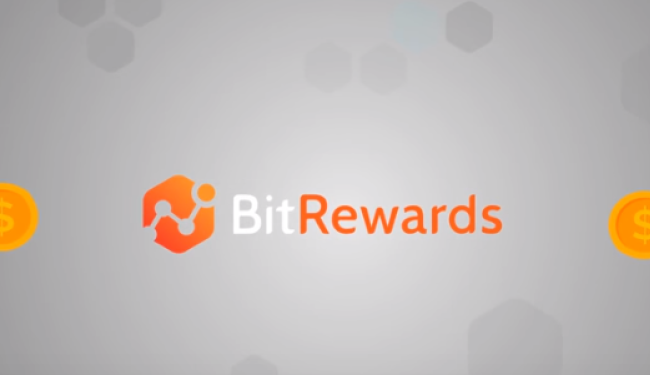 Bitrewards is a reward/loyalty program for online merchants that allows them to reward visitors who come to their website and make a purchase or refer others to purchase items on their website.

The concept is an blockchain affiliate/loyalty program. Bitrewards will allow merchants to sign up and use the software for free. Like airline miles, merchants buy BIT Cryptocurrency which they give to their customers or individuals who refer people to their stores. The customers/consumers who receive the BIT Cryptocurrency are able to turn those BIT Coins into other cryptocurrencies like Bitcoin. The program is very similar to other referral/loyalty programs that you see.

The product is a loyalty/rewards system which allows merchants to reward their customers with BIT Cryptocurrency. The product will allow merchants to select how they want to reward their visitors from purchase to referring individuals to liking them on Facebook. You can test out a portion of the back end software and see what users will be able to see.

The team and advisors consist of 32 members. The project is led by Alexander Egorov – who is the CEO. Alexander has 15 Years in banking and finance and has started numerous companies. The head of technology is Alexander Nevidimov who has more than 12 years of backend development under his belt. The CEO and CTO are from another company Gifted which is where Bitrewards is spun out of from.

BitRewards is planning on releasing 2 Billion BIT Tokens, of which 1.28 Billion are for sale. Any unsold tokens will be burnt. Bitrewards are looking to raise $15,000,000 which will be used which will be used for product development and scaling of the product.

Our Take on BitRewards ICO

There is a lot of positive things we like here, we like the idea and concept. From the merchant standpoint, it allows them to offer a loyalty program without having to administrate it, we like that they offer the software for free for merchants. That will help with adoption rates as it reduces the risk for the merchants. Another benefit for merchants is that loyalty/rewards program can drive more business for them which is another incentive for them to sign up.

From the users standpoint, if your going to shop online and make a purchase, why not get rewarded with a token that doesn’t expire, that you can turn in for discounts at any store on their network. Or if your going to tell your friend about an item you just purchased at store xyz, why not get credit for that referral.

Another point we like, is that this is an experienced team who has released a product in the industry before. They have experience running a business, additionally they have a sample product which I think will help

They have already a letter of intent from 5 companies, including GoPro to use their service, which is very encouraging. They also mentioned that they have over 100 merchants interested in utilizing the service.

Their platform/system is setup to work with some of the most popular shopping site software on the market such as wordpress and shopify which is the leader in hosting online stores for small to medium size online stores.

Our last concern is the number of tokens, while 2 Billion tokens is a sizeable number it probably is too small of a number if they were able to sign up a major retailer like Amazon or Walmart, which wouldn’t be unconceivable for them to purchase 500 million or 1 billion tokens given the size of the business and the volume of people that visit their sites and given that concern, it also may discourage them from participating in the loyalty program.

They are not the first In the space, as they have other competitors which will be interesting to see how they attempt to standout.

Bitrewards is a blockchain based reward/loyalty, the company is run by a professional team with experience in the space. Which we think will be helpful in standing out from the competition, additionally since they operated in the space before it should get them a leg up in terms of access to contacts and name familiarity.

The program offers benefits for both consumers and merchants which will help gain transaction. Given that there are other competitors in the space the company that is able to get the most merchants/consumers signed up first will have a huge competitive advantage as I see the network effect involved in this space.

While we have a couple minor concerns regarding the number of coins and people hording the tokens those are more of longer term concerns. The positives such as developed product, experienced team, letters of intent from companies willing to use their service out way our concerns. Our take on this ICO is positive.