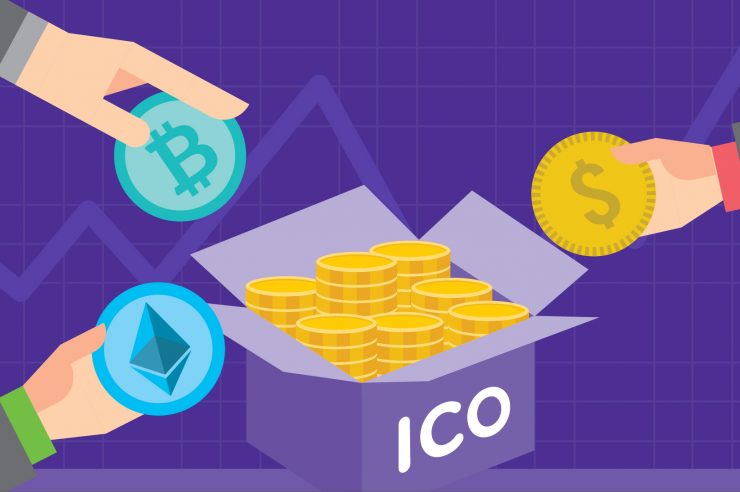 Everything you wanted to know about ICOs

You may have heard that so and so company raised 1 billion dollars in an Initial Coin Offer (ICO) or that company has an active ICO going on and your wondering, what is an ICO and what does it do. In this article I’ll try to cover everything ICO related from what an ICO is, why companies are having ICOs to issues with ICOs.

What is an ICO

In the simplest terms, If an Initial Public Offering (IPO) and Kickstarter would have had a baby, it would be an ICO. An initial Public Offering (IPO) is when companies raise capital on wall street by selling shares to the public via investments banks. Usually the companies are some what established, are growing and have some customers and revenue.

Kickstarter’s campaigns are when people or companies with ideas go online looking to raise capital to fund those ideas. Many of them are in the early stages, often without a prototype or actual product. Which leads us to ICOs

ICOs are a combination of both. They are a way for companies to raise money, except its not done through Wall Street but through their websites. In exchange for people investing in them, they give the investors tokens or coins in their venture. The money raised is often for used for the product or idea that company put out. Like the ideas on Kickstarter, many of the companies raising capital via ICOs have ideas in the early stages. Often, it’s just a whitepaper on their website, while others maybe more established with an actual product or business. A whitepaper is the similar to a company prospectus.

The companies set the value of their coins/tokens for example 1 Bitcoin can be worth 25,000 xyz tokens and that value is determined by the company. They also determine how many coins/tokens will be released.

A token is what companies issues in exchange for cryptocurrencies like Bitcoin and Ethereum. Depending on the company the tokens can be used for to purchase goods and services on that companies’ platform. The tokens usually reside on another blockchain like Ethereum. There are different types of tokens

Similar to stock in a company, equity tokens represent a percentage of ownership in the business. Given that there is a lot of regulatory uncertainty and given that companies don’t want to get in trouble for issuing equity tokens many haven’t done so. However once the regulatory framework is in place, we envision Equity Tokens being the main type of token being issued. Equity tokens issued via smart contracts on a blockchain will allow shareholders to cast their proxy votes, enable quicker transactions on exchanges among some of the few features. Unfortunately, until there is regulatory clarity companies will avoid issuing Equity Tokens.

Many ICOs are now being marketed as Utility Tokens. A Utility token is a token that you would use at the company to purchase their products and services with. One of the latest Utility tokens was File Coin. They raised over $200 million. What file coin does is use the unused space on a person’s hard drive. Their customers pay them in file coins to use the extra space, they pay out a percentage of the coin to the desktop users that they are getting extra space from, while the consumer gets the extra space on the users hard drive. The coin that powers both sides of the transaction in this case are considered a Utility Token.

Why do companies issue ICOs

There are large companies like Overstock running ICOs, you may be wondering why does a company like Overstock or Kodak needing to raise capital via ICO? Part of is to be part of the community, the main part is through that they are able to raise capital, quickly without really having to give up ownership in the company or project. Companies get to raise cash, keep board seats, keep their equity and ownership stakes.

If ICOs don’t represent ownership in the company why buy/acquire them? The coins or tokens are needed to be used in conjunction with the product/service they are releasing but the main reason that people investing in ICOs and receiving tokens is that they have risen in value after being listed on the exchanges when they become available for everyone to purchase them openly on the exchanges.

There are a couple issues with ICOs. One is the regulatory one. The Securities and Exchange Commission hasn’t given a formal ruling on ICOs, whether they are a security and what rules govern ICOs. Which as a result has created a huge gray area. That has resulted in some companies only allowing accredited investors participate in ICOs if they are from the United States. Other companies have banned US Citizens from participating at all in the ICOs. Until there is a formal ruling, expect more uncertainty to continue.

Besides the United States other countries have also cracked down on it’s citizens investing in ICO. China is one of those countries. South Korea is another. There are other countries that allow it citizens to invest in ICO but are heavily regulated such as Australia

The other main issue with ICOs is that there are some bad actors who take advantage of people and the ICO process to scam individuals. They start raising capital, and then after they get some money they take the money and stop responding to emails, chats and disappear with the money. Given that companies issuing ICOs do not have to register the ICO and that majority of ICOs are done online it has allowed scammers to take advantage of that. As a result, its highly recommend that before anyone does investing in ICO that they do their own research and consult with an investment professional

How to invest in an ICO

If you have come across a project that your interested in investing in and you’re not restricted from investing in it then the process can be fairly simple depending on where your funding coin is stored. If you have Ethereum or Bitcoin in your own wallet then you can just transfer the coins to the companies. IF you have your coins stored at Coinbase then you have to add another step to the process as Coinbase. You will have to transfer your coins from coinbase to your own coin wallet and from there transfer it to the address of them company holding the ICO. The reason you have to add an additional setups is that Coinbase does not support ERC20/ERC223 tokens which is the platform many ICOs distribute their coins through.

Why do people invest in ICO

There are a couple reasons people invest in an ICO. One like on kickstarter they believe in the project and want to support it. They don’t care about the return, they think something is cool and want to see it come to market.

The other reason is that the gains on some ICOs that have gone public have been nothing short of amazing. When you have returns as much as 1265555% it starts to attract investors and speculators. While not every ICO generates those types of returns, there are many ICOS that do have large returns. To see returns on ICO click here (https://icostats.com/roi-since-ico)

Some people also get caught up in FOMO (Fear of Missing Out) especially when a new ICO has huge returns which they missed out on. They start chasing returns, hoping to be on an ICO with a huge return.

Tips for participating in an ICO

Like anything you buy, invest or are interested in before you pull out your wallet you probably spend some time doing research, reading reviews, in order to make an informed decision on your purchase. If you spend 3 hours reading reviews on which toaster to buy you should also spend some time researching the company that you plan on participating in their ICO. Don’t listen to the hype or what some posted in some forum but actually do the research. While websites like our, forums and social media can be informative, they shouldn’t be the only research you do.

We covered many aspects of the ICO such as what is an ICO, how to participate in an ICO, why companies issue tokens via ICO. We hope you have a better understanding of ICOs. We also hope that it helped answer your questions about ICOs. If you have any questions, or comments we would love to hear from you. You can submit your comments and questions via the form below.