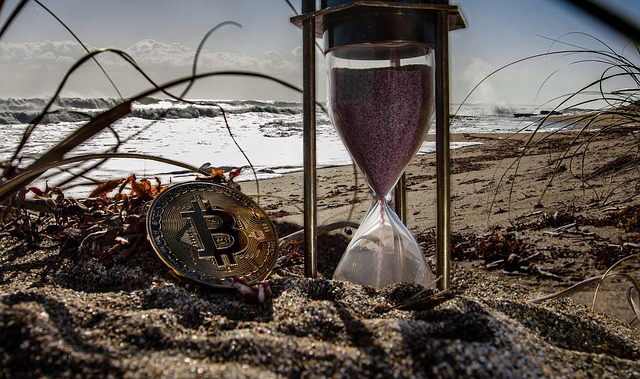 Is it too late to get into Bitcoin

In the course of 9 years, bitcoin has gone from .08 for one bitcoin in July 2010 to over $20,000 in December 2017. One of the most popular questions we get is it too late to get into bitcoin. Our response has been Yes and No. I know, that is not very helpful, but I hope to help clarify it in the paragraphs below.

Before jumping in and just purchasing bitcoin a person should know why they want to buy bitcoin, is it to trade for other coins? Do you think it’s going to increase in price over the next 2-3 months? Or are you planning to hold on to the bitcoin for a long time? It is important to know your objective in order to help gauge your purchase of bitcoin.  One of the most important aspects is expectations.

Yes its probably too late to buy bitcoin if you are expecting to get the same gains going forward as what occurred in the previous 8-10 years. Not saying that it can’t happen, it is just likely not going to happen. Here is why its unlikely to happen, when people bought bitcoin early on, there was a lot more risk involved, a lot less people interested in the cryptocurrency space, the price was cheaper and the marketcap of bitcoin was smaller.

No its not too late to get into bitcoin, if you have reasonable return expectations. Meaning, that you don’t expect to get a 1000x return in the next year. Its also not to late to get involved if you want exposure to the space, these maybe perfect times to get involved as bitcoin and other cryptocurrencies are in a bear market, which allows you to get in when prices are favorable to the buyers. Bear markets are people to buy in small pieces, without fearing your going to get left out

I believe and I could be wrong though but getting into the crypto space now could be similar to getting into the internet space in 1998. Maybe we are do for a major shakeout, very likely but at the same time the growth of blockchain companies and the penetration of blockchain into our lives is will be unprecedented, especially as blockchain evolves and companies many more user friendly applications.

Yes its probably too late to get into bitcoin if you have a plan on holding bitcoin for less than a year, we are currently in a bear market and the last bear market took over a year to shake out, meaning that if we follow the same pattern you have another 6 months before bitcoin finds a bottom,  If you are looking to invest money that you need to have access to in the next year then its probably too late for you to get into bitcoin with that time frame.

No Its probably not too late to get into bitcoin if you have a long investment time frame, if your looking to hold bitcoin for the next 3-5 years, we think you’ll do well, but at the same time we could be wrong. Meaning that it could go to zero in that time frame,  however, if you have a longer holding time period, you can hold bitcoin while the crypto space develops.

Another import aspect of buying bitcoin or even investing is that you should only investment an amount of money that you can afford to lose. Let’s assume bitcoin goes to zero, if you only have invested only what you could afford to lose. It will be painful but not something that you can’t overcome. However, If you take out a second mortgage on your house to buy bitcoin and that is keeping you up night worried because the price is falling or that you are worried about what the price of bitcoin will do. Being early and over leveraged in a position is just as bad as not being in it at all, even if bitcoin goes to $100,000 but first goes down to $4,000 and you panic and sell, would it really matter then bitcoin went to $100,000? Which is why you should only own enough bitcoin and other crypto currencies that your comfortable owning.

Why would it be difficult to get the same returns?

There is a couple reasons why it would be difficult for bitcoin to have the same returns going forward that it has previously, when bitcoin initially started the risk was much greater, in terms of if the currency would survive, now while there are risk, there are nearly not the same risk levels associated with the currency as their were previously. As a result, the ability for the same gains will not be there. Risk is one component when it comes to returns, a government bond is usually considered pretty safe, therefore the interest rate paid on the bond is small. While companies on the verge of bankruptcy usually have to pay a very high interest rate if they are able to borrow money because the risk is great and while bitcoin doesn’t pay an interest rate the risk factor is implied in the price of the cryptocurrency.

Another reason is the law of large numbers, as bitcoin gets larger, it takes more to move the needle, its easier to go from 1 million to 10 million then it is to go from 10 million to 100 million and so on, even thought from the return standpoint that are both the same. Bitcoin has a market cap/network value of $136 billion.

If you’re on the fence if you should buy some bitcoin and are wondering if this is the best time to get in, consider the following. What is your purchase objective? What is your time frame? If bitcoin goes to zero, would you be able to survive? Those are the questions that you should ask yourself, prior to purchasing any cryptocurrency. You should also consult with a financial advisor not only if your not sure how to answer the above question but also to get more clarity and guidance when it comes to the tax implications of cryptocurrencies. In the United States, they are considered and asset and every buys/sell generates a taxable event.

No one knows with 100% certainty what bitcoin will do next, yes there are a lot of predictions and some of those will be right. However, it doesn’t mean that before those predictions occur there wouldn’t be a lot more volatility. In the end, what you do in terms of buying cryptocurrency is something that you have to be comfortable with when it comes to objects, time frame and risk.

Tags: btc buy bitcoin crypto too late to get into bitcoin