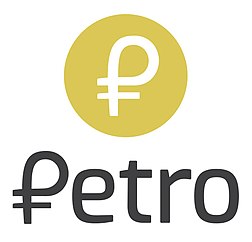 The ideal/premise of the Petro Cryptocurrency is that one 1 PTR Token will equal the price of one barrel of oil. This would be one of the few cryptocurrency backed by a commodity.

Venezuela sits on one of the largest oil reserves in the world. So for them to issue a cryptocurrency based on the most valuable assets isn’t that far fetched. The currency would be called Petro and that there would only be 82,400,000 PTR issued.

Every cryptocurrency we review on offering based on a number of different metrics which are Idea/Concept, Product, Team, Competitors, Social engagement, Token stats/usage

The concept of the PTR currency is that is backed by a physical commodity. The US Dollar was backed by Gold until the 1970s. One dollar was equal to one dollar worth of gold. So the concept is not that radical. In theory if the Venezuelan government wanted to they could tie oil, gold and diamonds to their current fiat currency, doing so would also help rain inflation, which is extremely high. They could accomplish this without starting cryptocurrency.

The product is a cryptocurrency backed by oil, gold and diamonds.

There is very little details about the team, however there is some speculation that Russia is helping Venezuela launch the cryptocurrency. Which isn’t that surprising given their history and that Russia has loaned Venezuela money and this maybe a way for them to repay them.

Our Concerns About the Petro

We have many concerns with this currency offering. Venezuela has sky high inflation, their official currency is worth basically nothing, its also a country that has been hit with sanctions by the United States for Human rights violations. We believe the creation of this currency is one to generate some much need cash (http://money.cnn.com/2017/07/17/news/economy/venezuela-reserves-20-year-low/index.html)

And to skirt the sanctions placed on them. As a result, I’m not sure how committed they are to the cryptocurrency.

They have also changed their whitepaper number times, the latest version of the whitepaper does not indicate an exchange rate for the currency/barrel of oil. Meaning you can’t turn in your PTR Coin for a barrel of oil. They have change platforms numerous times as well, which to me is concerning.

The currency is not minable, all nodes are controlled by the government, which can be shutdown anytime they desire. It can also be shut down if there is a change in government control. There is little faith that this currency would be around for the long term

Our other main concern is the reality of the situation in Venezuela. Oil production is at its lowest level in 30 years (http://money.cnn.com/2018/02/12/news/economy/venezuela-oil-production/index.html)

The oil that they due produce is claimed again by China http://foreignpolicy.com/2017/06/06/venezuelas-road-to-disaster-is-littered-with-chinese-cash/ which Venezuela has borrowed heavily from in order to stay a float. So you have a cryptocurrency backed by oil, in a country which oil production is decreasing and the oil that they do produce is given to China as payment method for the cash that they borrowed.

But let’s assume that everything is correct, that they will issue a cryptocurrency tied to oil. Even if you assume that oil will double from here (We have our doubts about that as well) the best that you will do is doubling of the cryptocurrency. Given that even if oil doubles, it likely won’t do so overnight or even in one year. Here is a chart of oil for the last 10 years http://www.macrotrends.net/2516/wti-crude-oil-prices-10-year-daily-chart It has traded from $140 a barrel down to under $30 a barrel.

We have a negative few of this cryptocurrency as we believe it carries a high risk for a limited reward/upside. While a currency tied to actual commodities has worked in the past and can work in the future I don’t believe that this currency is that though. Given the overall situation in Venezuela this ICO is very risky and gains would be limited to the price increases/decreases of the basket of commodities that it is tracking. We recommend that you complete your own research on this ICO.