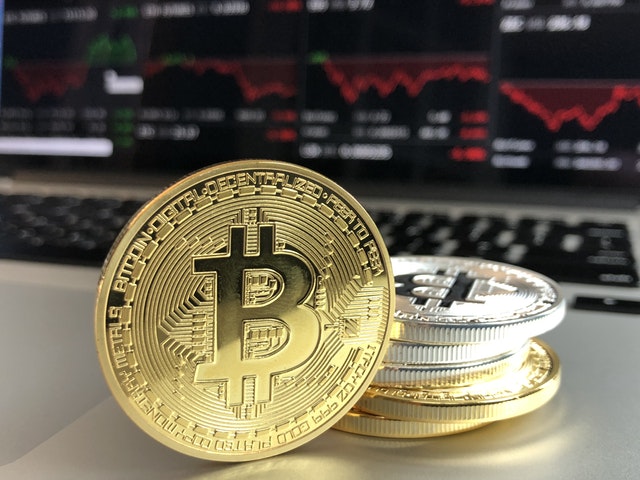 Searching for a Bitcoin Bottom

Everyone is searching for a bitcoin bottom, wondering if this is it, has it reached its lowest price, will it stop falling, is it safe to get back in. The price of bitcoin has been falling since it hit a record high last December. The price of Bitcoin hit a new record high price on December 17, 2017 at 20,089.00 and has been going down since. With every price drop people are wondering if this is it, has bitcoin bottomed.  This article will try to determine if we have bottomed looking at both the previous crash bitcoin had after researching a $1000, which was its record in 2013 and the data from the current time period.

First off I don’t think anyone can predict the exact bottom, I know many people are trying and they have been coming up wrong. But like they say, even a broken clock is correct twice a day and as they keep trying they will eventually get it right. What I’ll try to do with this article is look at the previous crash, looking at the data from a high level and determine if it looks anything similar to the current environment.

I’m looking on the historic price and trading volume from Coinmarketcap. I know many others who are predicting the bitcoin bottom will put up technical charts and trading levels, which is great but I don’t think they provide a complete picture. Nor do I believe I may have the complete picture either, however looking at bitcoin price and trading volume, may give us more insight into the entire market. With the historic data, I broke it out on a month by month basis. I also averaged out the price and the trading volume. For the volume, Coinmarketcap provide volume based on the total dollar amount traded, I took the closing price and divided that by the dollar amount of traded volume. My reasoning for this is that 10 bitcoin traded when the price is at 20,000 is a lot different then 100 bitcoin traded when the price is 2,000. In doing so, I’m trying to gauge how much demand there is for bitcoin in helping determine if we reached a bottom from a price standpoint.

In November of 2013, Bitcoin reached what was then a record high of a $1100 per bitcoin only to come crashing back down. It lost more than 80% of its value from its then peak, If the current Bitcoin bear market follows the same price pattern, an 80% drop from $20,000 would mean a price around $4,000.

Analyzing the data from that time period, there are some interesting takeaways.

What does it mean for the current bear market

Are we guaranteed to follow the same crypto bear market timeline again?

Short answer No, there is no guarantee that we will follow the same pattern or time periods in the current bear market, it maybe longer, we may not bottom for another year and a price much lower then where we are right now. Also, at the same time it is possible that we may have bottomed already. However, I think that is the less likely scenario of the two.

When an asset class like bitcoin gets into an euphoria /greed state like we seen at the end of 2017, where you have it doubling month from month, it attracts people who are in it for the quick buck, and some of those people have bought bitcoin at prices higher then here. Once the price rebounds, they look to sell which is why it takes a while for the price to find a bottom, and even a longer time period before they surpass the old high.

Its also not isolated to the cryptocurrency market. During the dot com bubble, the NASDAQ peaked at 5132 on March 10, 2000. It didn’t reach its final bottom of 1108 until October 2002. It also didn’t surpass its old high until April 2015. Over 15 years since its reached that level.  Additionally, in the stock market it is easier to identify a bottom, whether it’s their price to earnings ratio, or assets/liabilities, there are more tangible data points which investors can use to gauge for a bottom.  The point I’m trying to make is that it takes a lot longer to reach a bottom then many people expect and without the ability to take a look at future earnings it’s a lot harder to identify a point where there is a clear cut point where the cryptocurrency becomes cheap.

Why this time could be different

Even though bitcoin has been around since 2009, the industry is still in its infancy, the total market cap of all the tokens is $250 billion, a fraction of what it was before at its record high. But at $250 billion the marketcap of relativity small and if a flood of money comes into the market, it would drive the price scientifically higher relatively quickly. What could cause a flood of money to come into the market place? A regulatory ruling that is favorable to bitcoin, whether its from the SEC or a different government agency.

At the same time, it could be different in a different manner, one of the mechanisms or assumptions is that as the price of bitcoin falls below the cost to mine one bitcoin, that some miners will stop mining bitcoin which would make mining easier for the remaining miners, also reduce the number of bitcoins produced which would drive the price of bitcoin back up. However, with the introduction of the bitcoin futures, it is unknown how many bitcoin miners hedged their bitcoin production when the price was scientifically higher, allowing them to continue to produce bitcoin, even if it cost more to produce it then they can get on the open market, since they locked in the price for their bitcoin at higher levels they can keep producing bitcoin. Which would run counter to the assumption that producers will stop mining bitcoin.

2017 Was the year for Bitcoin, it reached record highs and attracted a a lot of individuals, investors, developers and companies into the space. However, like all assets that quickly increase in value, they tend to correct, and that’s the period that we are in currently. How long will it last, know one really knows, the market could take of tomorrow or trade sideways for the next year. However, for anyone who is a long term believer in crypto space, in a market that is trending down or one that will go sideways is a perfect opportunity to take advantage of this period to research coins and platforms which feeling like you are missing out on the run up.