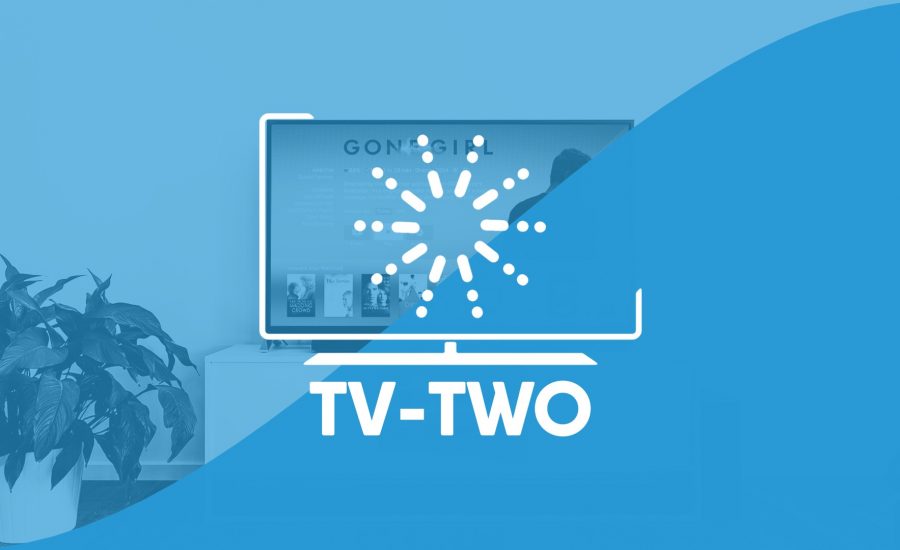 TV Meets Blockchain which is what the TV Two company is developing. TV Two will allow you to earn cryptocurrency while watching TV on the consumer side, for advertisers it’s a better way of reaching the content consumer with targeted advertising. Tv Two is a project lead by Jan Phillip Hofste and Philipp Schulz that is looking to change the way content and advertising is distributed and consumed.

The idea is to distribute content to users, which over time is personalized to their taste. Content providers a will get a new outlet to distribute their content and lastly advertisers will have a more transparent and targeted method of distributing their ads. Users will get to tokens for watching television. Those tokens will be able to be cashed in for other cryptocurrencies or fiat currencies.  The idea of distributing content over the internet is not new, Netflix the leader in the space has over 125 Million users. However, they have to pay for the service, this service would pay users and allow users to be rewarded for watching TV.

The product is a content platform that will be able to distribute content to users. Currently the product is available to be installed on LG and Samsung smart TVs. They will be adding more smart TVs to their network. As well looking into setup boxes such as the Roku device and the Fire TV from Amazon.

The team consists of 11 members and 13 advisors. The team is led by the two co-founders (Jan Phillip Hofste and Philipp Schulz) Between the team working on the project and advisors they have group of people that is very well qualified with strong backgrounds in business and development.

They are releasing 500,000,000 tokens for the crowd sale, these are the only tokens that will be issued. They are being issued on the ERC20 blockchain. The tokens will be used to pay users to watch content and by advertisers to buy ads on their platform, along with content creators to distribute their content.

Our Take on the TV-TWO ICO

Get Paid to Watch TV

With the cost of watching television going up yearly, any way to reduce your TV viewing expense can be a game changer. Through their platform, users are paid to watch TV. The money comes from content distributors/advertisers.

The money spent on advertising on TV yearly is huge. However there is no efficient way of tracking what people watch or matching up certain demographics of the users that you want to target. Their system will over the advertisers the ability to do so. Many companies such as Facebook and Google have targeted the TV advertising market, with better tracking technology I think they have a better chance to succeed then others before them.

In effect what they are building is a distribution platform, a platform that would reward users for watching TV and advertising, that money that usually goes to the network or the platform creator like Netflix will now be distributed to the end users, which I can evolving to say users earning tokens to watch tv, using those tokens to purchase the latest movie.  Maybe something that is in movie theaters, allowing movie studios using the platform to distribute movies similar to cable’s PPV.

Another possibility is the ability to test out new TV Pilots. Amazon used crowd survey’s to test out new shows it was considering launching by allowing its millions of visitors to watch the pilots and decide which shows it should develop. I could see this platform being used in a similar manner.

I think their best ability for long term success will come from being able to be added to the cable boxes of cable providers. While I have no insight if they will pursue that avenue, I think if they did it would vault them to success for the following reasons.

Cable providers already distribute content for other networks, which they have to pay a price to do so, now if they can tie that content to TV Two software, allowing users to be paid to watch some shows, then to be able to better target advertising to specific users would be a game changer in the TV advertising market.

Cable providers are in millions of homes, the boxes are already connected to TVs, other than having users sign up for the service they wouldn’t have to try to acquire users for their service, the ability to have the app downloaded to the cable box instead of going through the steps of being installed would make it easier for users to use the software.

I have two concerns, both intertwined with each other.

While I’m excited about the platform, and possibilities, I also understand the realities going on in the TV and Streaming space. Which are each network and company having their own platform, Netflix, HBO, CBS, Fox, ESPN, Disney, all have a steaming service, on top of Amazon and Hulu. Each company pays for content to be developed exclusively for their service. Netflix will spend over 8 Billion dollars in 2018 on content. Disney pulled its content from Netflix in order to launch its own service. The content creators are limited their content only to their platforms. As a result, it may be difficult for the service to get quality content that not only brings users in, but also keeps them engaged and watching.

With the premises of getting paid to watch TV, it should not be difficult to obtain users. I think a lot of people would like to get paid to watch TV, even if it’s just enough to offset their monthly cable bill. The difficult part maybe keeping them engaged and watching TV. In order to do so, they will need access to quality content which as we explained earlier maybe difficult to obtain, especially for a new startup.

TV Meets the blockchain, which is how I would describe this projects, Its one of the few projects that I’m excited about. The reason for my excitement is this can grow really big, Netflix has 125 Million users worldwide, if TV TWO can even get a fraction of that number the company will be successful.  One of the main things I think would hold this company and project back is the lack of high quality content. If they can obtain quality content, their path towards success will be easier.